Comprehensive List Of Nigeria Senate Presidents Since 1960 Till Date 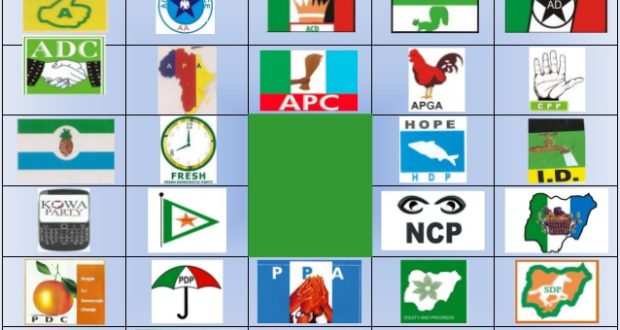 Nigeria has a multi-party system, with two or three strong parties and a third party that is electorally successful. The list below shows the political parties in Nigeria since Independence, starting from the most recent. Fourth Republic (1999-present) Abundant Nigeria Renewal Party (ANRP) Advanced Congress of Democrats (ACD) Alliance for Democracy (AD) (aa) ACTION ALLIANCE […]

Nnamdi Kanu May Have Been Killed -Kanu’s Lawyer

The lawyer representing the leader of the Indigenous People of Biafra, Nnamdi Kanu, says he has not communicated with his client since September 14, when Mr. Kanu’s Abia State home was “invaded” by soldiers. The lawyer, Ifeanyi Ejiofor, was reacting to reports that Mr. Kanu had gone into hiding. In a statement Tuesday, Mr. Ejiofor […]

A UK-based civil society organization, Citizens United for Peace and Stability (CUPS) said on Friday that it is gathering facts about the leader of the Indigenous People of Biafra (IPOB), Nnamdi Kanu, in a bid to ask the Government to revoke his British citizenship. Dr. Idris Ahmed, the Convener of CUPS said the move seeking […]

By WOLE SOYINKA…… The Ibos want Biafra The North wants Ibo’s exit The Yorubas want Ibo’s exit The Ibos are saying “we have investments in your areas and cannot leave them” And the fight is being cooked. Amongst all these, the President is in London Governors are sharing bailout funds Workers salaries are not paid […]

Senator Dino Melaye took to social media to share photos of his certificate from Ahmadu Bello University, ABU. It has been an issue whether he is legitimately a graduate of the said institution or not. See photos as shared on Instagram by Dino himself:

Distance From Ijero To Onitsha

Distance From Sokoto To Ikirun