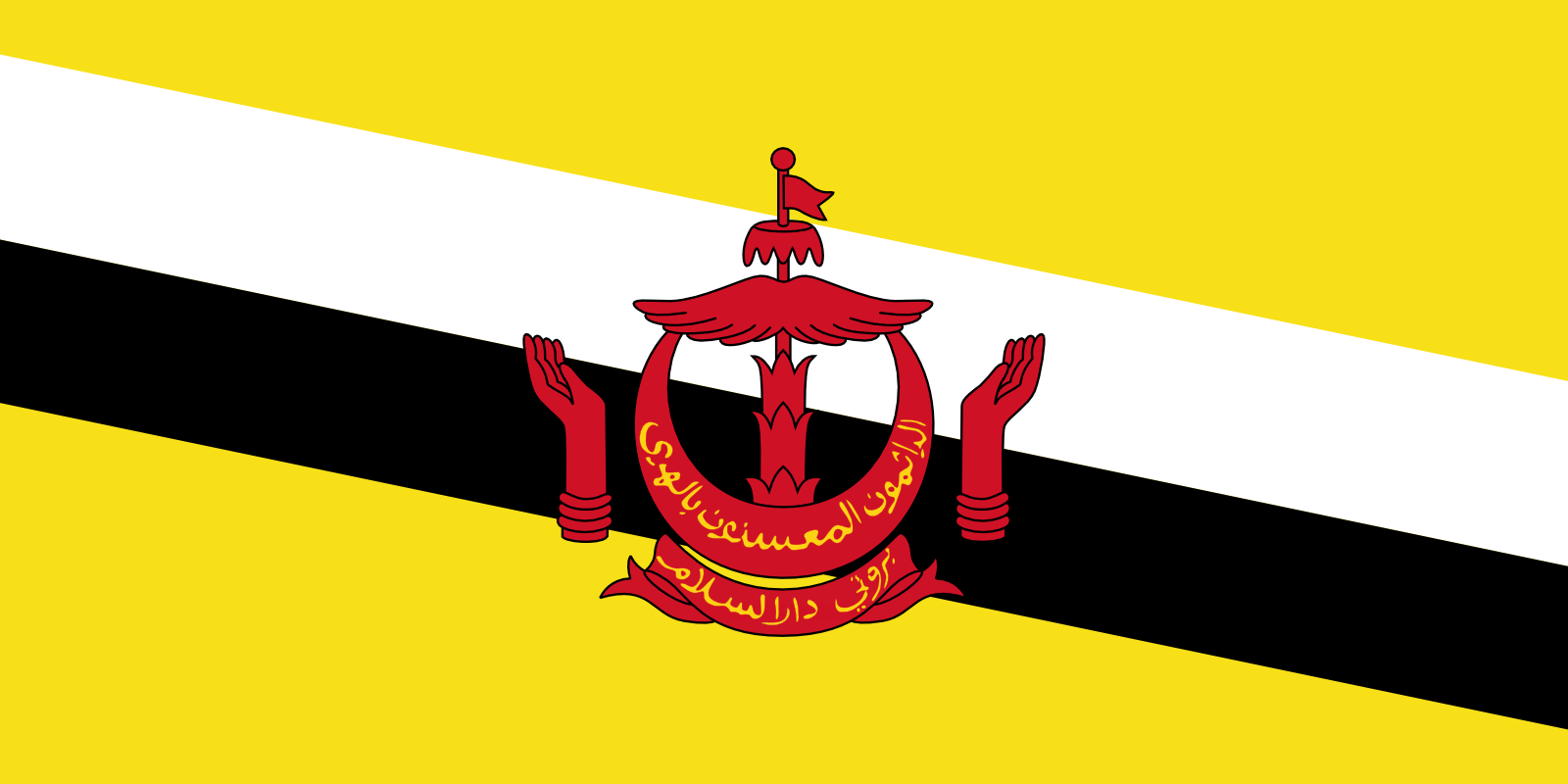 The national flag of Brunei has the Brunei shield in the center, on a yellow field. The field is crossed with diagonal bands in black and white.

Brunei Flag History
Until 1906, the flag of the Brunei flag serrated in pale yellow. Then appeared on the flag of white and black stripes, which are slightly higher than the modern version. In 1959, the black and white field some changed their position on the Brunei flag and this option exists unchanged to this day. Flag of Brunei – one of the most revered symbols of the state. For inadequate treatment or flag damage in the Sultanate has severe penalties, including long prison terms.

Brunei Flag Meaning
In the national flag of Brunei yellow field represents the sultan of Brunei. (In Southeast Asia, yellow are traditionally the color of royalty, and the royal banners of Malaysia and Thailand, along with the presidential flag of Indonesia, also use a yellow field.) In national flag of Brunei’s shield is made up of a crescent Symbol of Islam), a parasol (symbol of monarchy), and two hands turned upwards on both sides (meaning government benevolence). Below the crescent there is a ribbon. On the crescent moon and on the ribbon there are Arabic inscriptions whose translation is: “State of Brunei, Dwelling of Peace” and Brunei’s motto”

Members Of House Of Representatives From Jigawa State

System Of Government In Cote d’Ivoire

Distance From Efon-Alaaye To Ijebu Ode