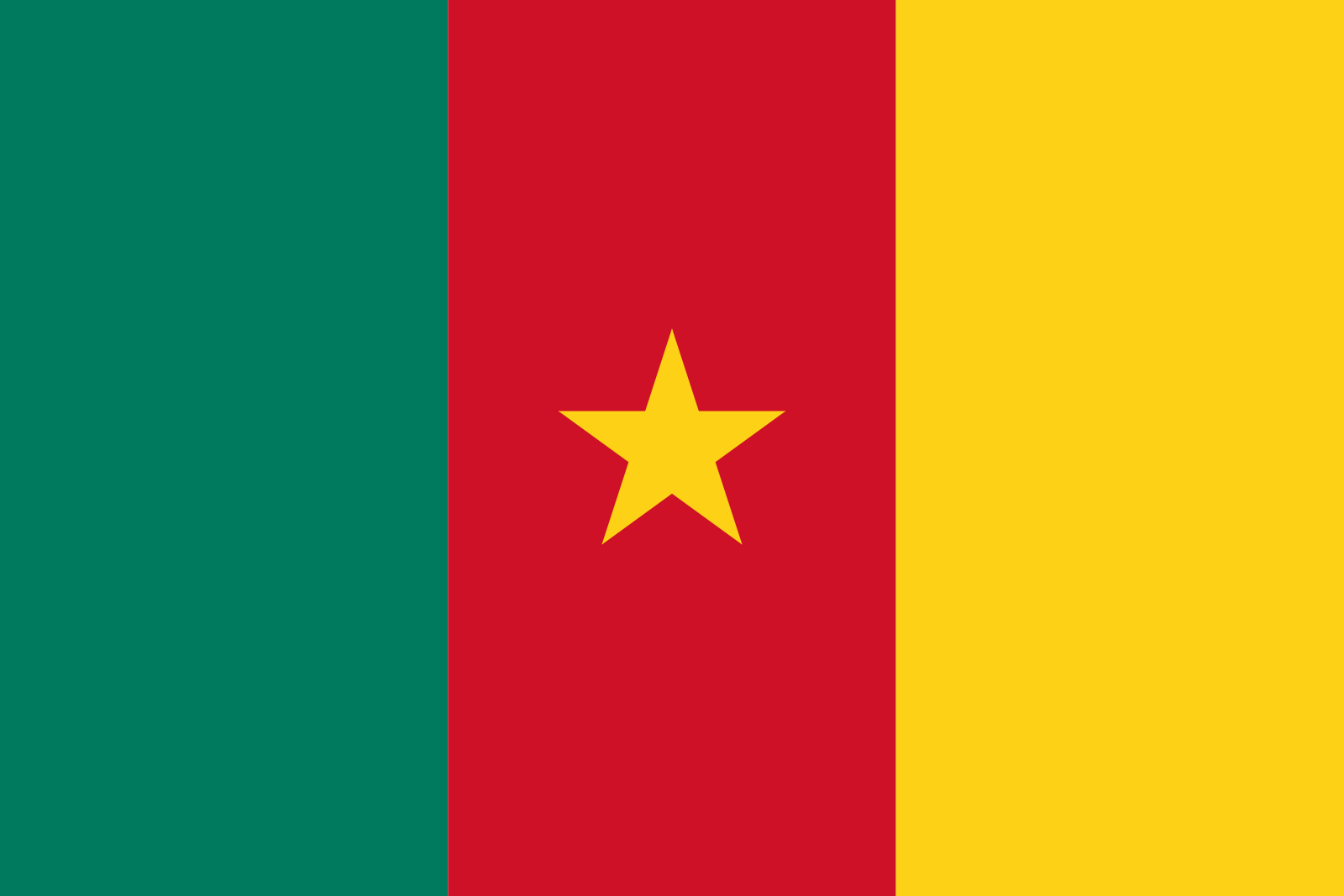 Cameroon Flag history
Cameroon fought for independence using a vertical tricolor of Pan-African colors (green, red and yellow) which was first officially hoisted on October 29, 1957. On January 1, 1960, the French-administered part of Cameroon became independent as the Republic of Cameroun and it adopted the vertical tricolor of green, red and yellow as its national flag. The southern part of British Cameroons federated with it in 1961 to form the Federal Republic of Cameroon. The amalgamation of part of the British Cameroons into the country led to the addition of two yellow stars to the green stripe of the flag on October 1, 1961. On May 20, 1975, a central yellow star was substituted for the two stars, as a symbol of national unity.

Cameroon flag colors meaning
Star of unity symbolizes unity and racial harmony
Green symbolizes hope and represents forests in the south
Red symbolizes integrity between the north and south and stands for national sovereignty.
Yellow symbolizes the sun, happiness and represents the the savannahs in the north

Distance From Ado Ekiti To Epe

How To Book Pan African Airlines Flight In Nigeria

Distance From Lafia To Ila

Nigeria Airline That Fly To Sao Tome and Principe