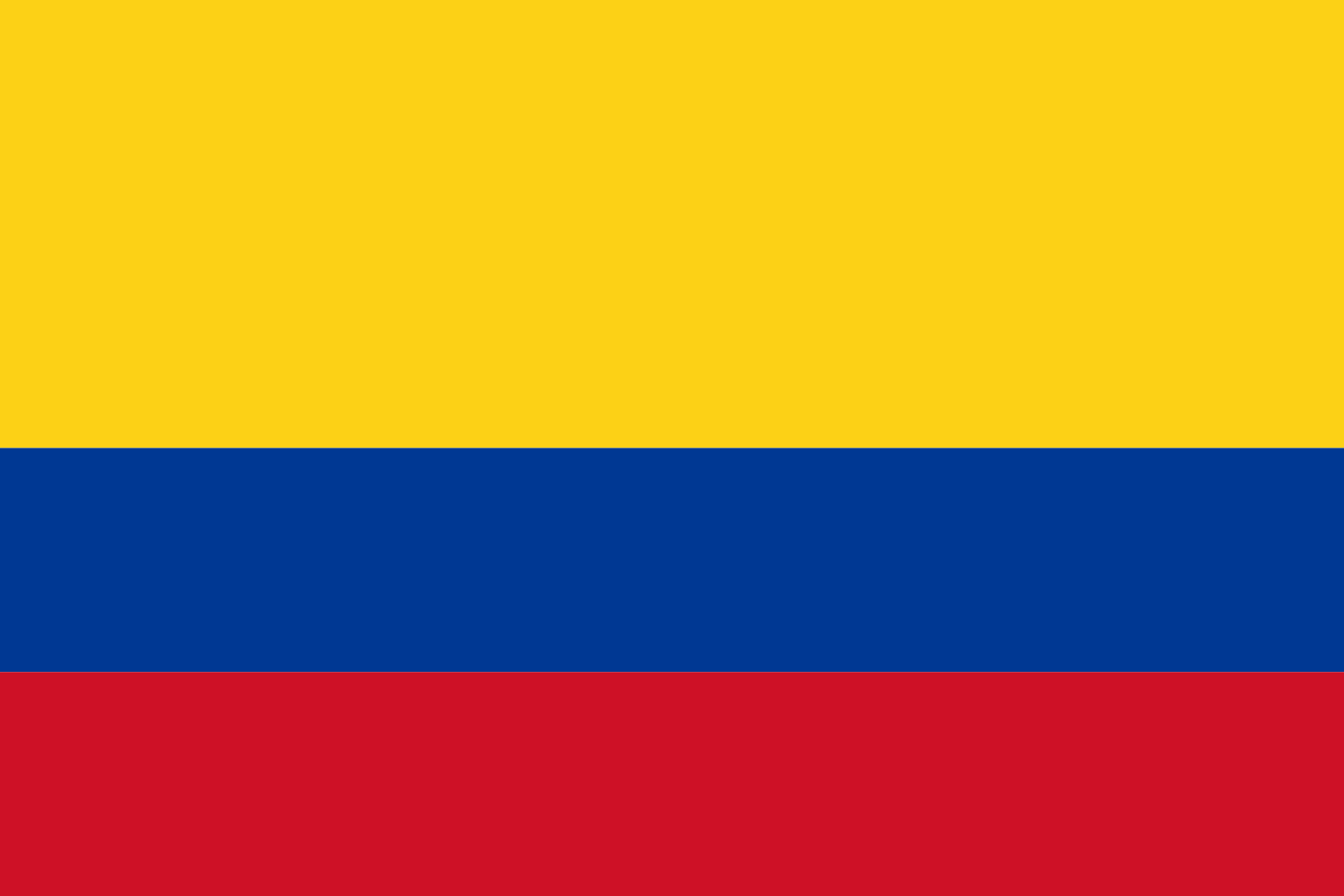 Colombia National Flag
The national flag of Colombia is the national insignia of Colombia. Together with the national anthem and national coat of arms, it is part of the patriotic symbols that commemorate the most important moments of the country’s history, including its heroes and independence.

The national flag Colombia is composed of three horizontal stripes: a first yellow upper strip that occupies the middle of the rectangle, and the lower half divided into two stripes, one blue in the center and one red in the lower part.

Colombia Flag History
The current colors of the national flag of Colombia are based on the colors that the Venezuelan Francisco Miranda, one of the instigators to the uprising of the Spanish-American colonies, coined for the first time in representation of the territories in route towards the independence.

In 1861, President Tomas Cyprian de Mosquera ordered that the pavilion of the future United States of Colombia (1863-1886) carry nine stars representing each state, which were yellow, blue and red in horizontal stripes, “occupying the Yellow half of the pavilion at the top and the other two colors the other half, divided into equal strips, blue in the center and red at the bottom.

In 1886, the national flag of Colombia is replaced the name of United States of Colombia by Republic of Colombia according to the new Constitution. In the following years, with the president Carlos Holguín, the stars of the flag were suppressed leaving the current version. Flag Day in Colombia is celebrated on August 7.

The colors yellow, blue and yellow were taken from the colors of the Spanish flag, yellow and red, interspersing the blue color to represent the sea that separates them.

The coat of arms that Spain had granted to Christopher Columbus for his trip to America had the three colors that would have inspired the national flag.

Francisco Miranda, who is credited with the conception of the present colors of the patriotic symbol, would have chosen the colors as thanks to Catherine of Russia; Yellow for her blond hair, blue for her eyes and red for her lips.

The meaning of the colors of the Colombian flag, despite the uncertainty of its origin, is now summarized as:

Amarillo: as a representation of the wealth and wealth of Colombia derived from the sovereignty of colonized territories;

Blue: by the sea and the two oceans that unite Colombia with the rest of the world, and

Red: symbolizing the blood of those who fought for sovereignty, and which translates into love, progress, strength and power.

Distance From Buguma To Abakaliki

Distance From Kaduna To Yola