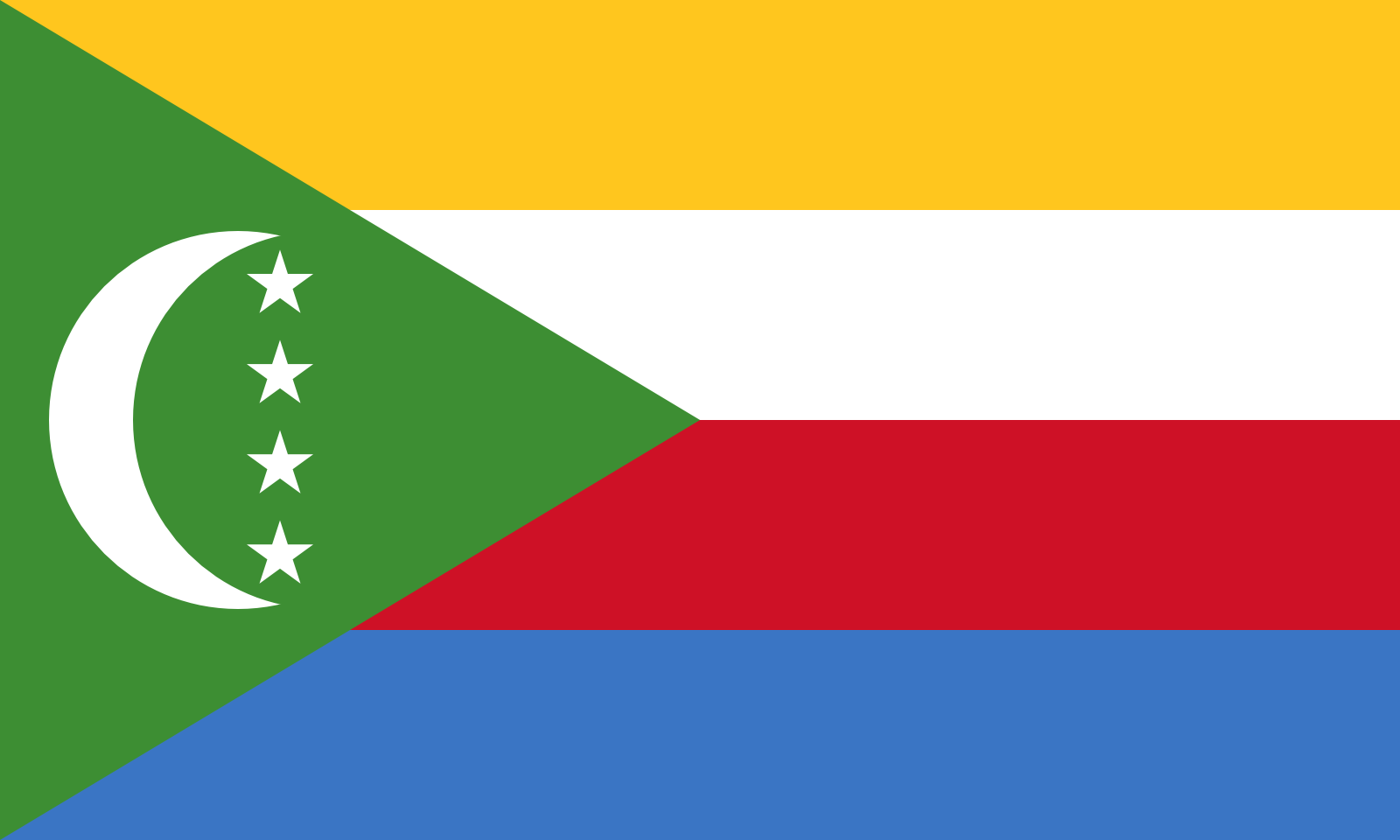 Comoros Flag history
The first official flag of Comoros was designed and adopted for local use in 1963 by Suzanne Gauthier, before Comoros gained its independence. It had a white crescent at upper hoist facing the fly, four stars in a diagonal, and used a 5:7 proportion with a green background. This design continued to be used after independence in 1975. The flag changed in 1975 under Ali Soilih. The crescent was moved and the stars were rearranged into a diamond. Two thirds of the flag became red and symbolized the regime’s socialist ideology. When Ahmed Abdallah was returned to the presidency in 1978, the flag changed again. It returned to being completely green, with the crescent moving to the center of the flag and the stars forming a line between its horns.

With the adoption of a new constitution in 1992, the flag changed again such that the crescent and stars were rotated to face upward rather than down and to the right. The adoption of yet another constitution changed the flag again in 1996 by rotating the crescent and stars to face the fly and adding a white inscription to the lower hoist and another to the upper fly. The inscriptions are written in simplified Arabic with the former reading “Muhammed” and the latter reading “Allah”. The proportions of this flag were reported to be 21:15. This flag was changed by referendum in 2001 to the present flag

The national flag of Comoros consists of four equal horizontal bands of yellow (top), white, red, and blue, with a green isosceles triangle based on the hoist. Centered within the triangle is a white crescent with the convex side facing the hoist and four white, five-pointed stars placed vertically in a line between the points of the crescent

Distance From Otukpo To Ila

Housemanship Salary Of A Nigerian Doctors

Distance From Osogbo To Gboko

Distance From Dutse To Lokoja

Distance From Bama To Karu