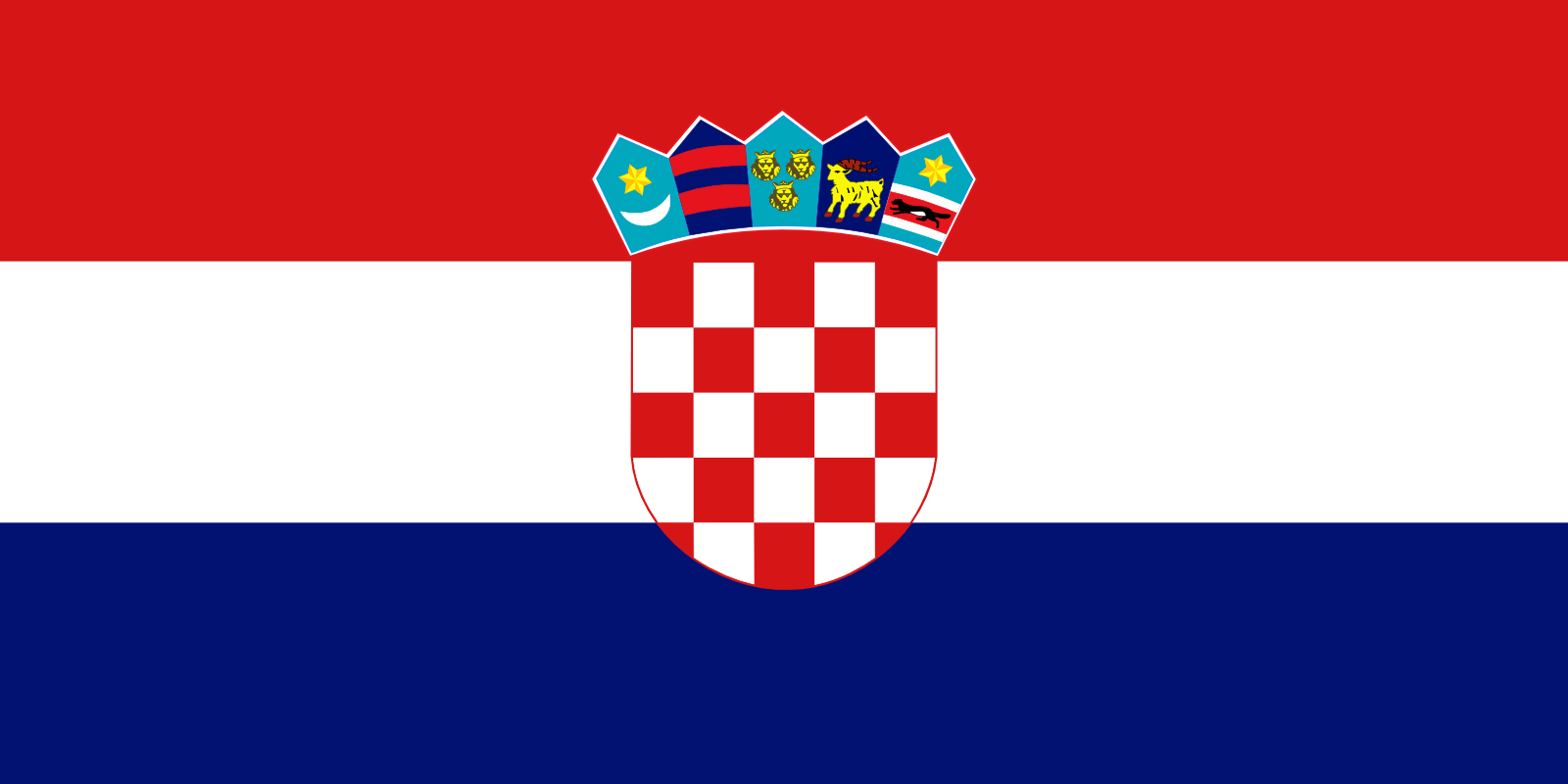 The national flag of Croatia consists of three equal size, horizontal stripes in colours red (top), white and blue (bottom) with the coat of arms of Croatia superimposed in the middle of the flag. The coat of arms consists of one main shield – a checkerboard of 13 red and 12 silver white fields – surmounted by five smaller shields (from left to right they are the ancient arms of Croatia, Dubrovnik, Dalmatia, Istria, and Slavonia) that form a crown over the main shield

Red represents revolution and sacrifices
White stands for peace and unity
Blue symbolizes freedom and hope
five small shields represent five historic regions (from left to right): Croatia, Dubrovnik, Dalmatia, Istria, and Slavonia
The national flag of Croatia combines the colors of the flags of the three kingdoms are the historic constituent states of the Croatian Kingdom – Croatia (red and white), Kingdom of Slavonia (white and blue) and the Kingdom of Dalmatia (red and blue)

List Of All Courses Offered by American University of Nigeria, Yola

Distance From Maiduguri To Port Harcourt

Distance From Bama To Yola

How To Become Exporter In Nigeria

List Of Towns And Villages In Gbako L.G.A, Niger State