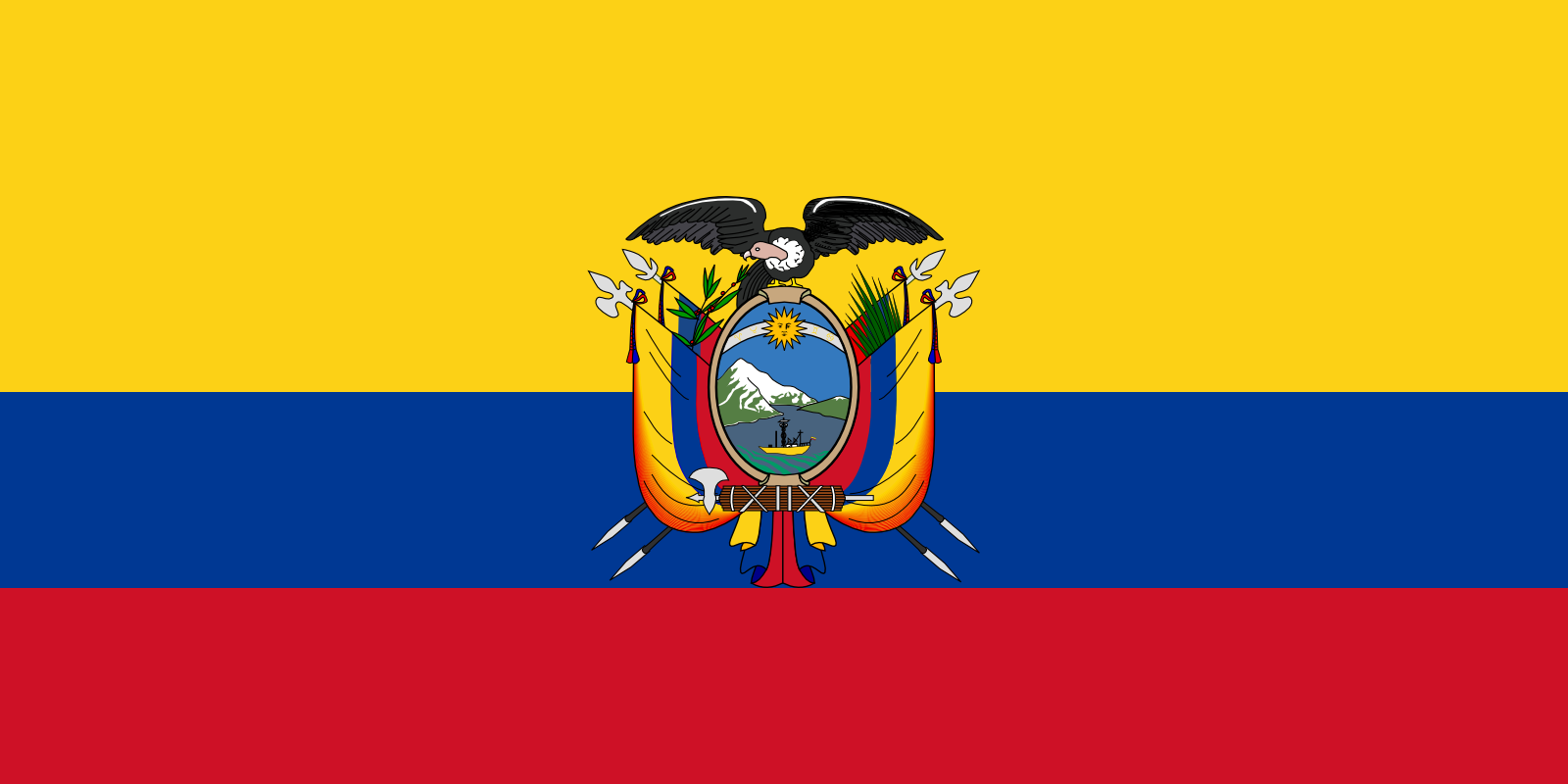 National Flag is accompanied by two others who represent the city and some institution, the patriotic emblem must go in the center and its vertical extension will be greater than those that accompany it.

After that, in 1955, the National Congress designated September 26 as the Day of the Ecuadorian Flag, a day in which the various educational and governmental institutions must pay respect to the patriotic symbol.  The use of the National Flag was made official through the Legislative Decree of 1900, where rules are also laid down for its use and treatment.

Ecuador National Flag is prohibited to fully hoist the flag if it is damaged or exhibits visible signs of destruction.

The National Flag must be displayed in all public and private buildings, on the occasion of the great national holidays.

When it comes to expressing mourning, the National Flag will be raised halfway as a sign of regret.

In the case of the Armed Forces and the institutions, the national flags that fly should have in the center the Coat of Arms.

The National Flag that is exhibited in the Municipal Councils will carry in the center a circle of as many stars as provinces form the Ecuador.

Distance From Okene To Abakaliki

Distance From Kano To Ilorin

Distance From Katsina To Lokoja