National Flag Of Gambia, The : Details And Meaning 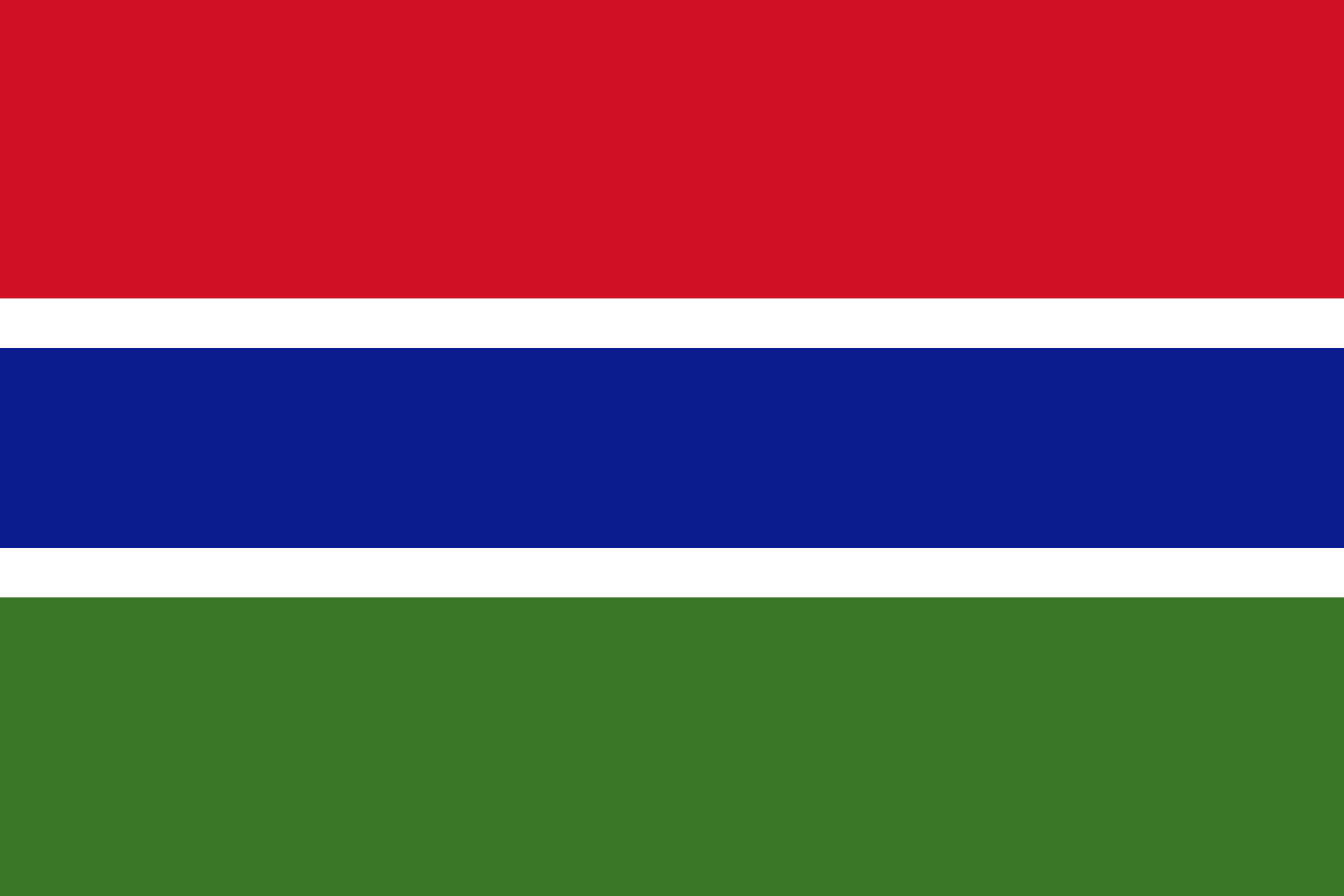 The national flag of the Gambia consists of three horizontal red, blue and green bands separated by two thin white fimbriations. Adopted in 1965 to replace the British Blue Ensign defaced with the arms of the Gambia Colony and Protectorate, it has been the flag of the Republic of the Gambia since the country gained independence that year. It remained unchanged throughout the Gambia’s seven-year confederation with Senegal.

Flag of the Gambia Colony and Protectorate (1889–1965).
The British first arrived in what is now modern-day Gambia in 1661, when they conquered James Island. They proceeded to construct forts around the confluence of the Gambia River with the Atlantic Ocean, and gradually expanded their control upstream. This area became a protectorate in the 1820s under the jurisdiction of Sierra Leone, and eventually emerged as a separate crown colony of the United Kingdom within its colonial empire in 1888. This newfound status gave the Gambia its own “distinctive” colonial flag. This is because colonies were permitted to utilize the British Blue Ensign and deface it with the arms of the territory under the Colonial Naval Defence Act 1865. The arms of the Gambia at the time consisted of a circle depicting an elephant, a palm tree and hills, along with the letter “G” standing for the first letter of the territory’s name.

The Gambia was granted self-governance in 1963. The defaced blue ensign continued to be used until full independence was granted in 1965. The winning design for the new flag was created by Louis Thomasi, who worked as an accountant. It is one of the few African flags that does not utilize the colours of the country’s leading political party, since its design “has no political basis”.It was first hoisted at midnight on February 18, 1965, the day the Gambia became an independent country. In 1982, the Gambia formed a confederation with Senegal, which lasted for seven years before its dissolution in 1989. However, this closer union did not result in change of national symbols, and the Gambian flag continued to be flown during this time

The colours of the flag carry cultural, political, and regional meanings. The blue alludes to the Gambia River, which is the nation’s key feature and is where the country derives its name from. The red evokes the sun – given the Gambia’s close proximity to the Equator– as well as the savanna, while the thin white stripes represent “unity and peace”. The green epitomizes the forest and the agricultural goods that the Gambian people are heavily dependent on, both for exports and their personal use.

Distance From Gashua To Potiskum

Distance From Potiskum To Uromi

Distance From Asaba To Ado Ekiti

Distance From Agbor To Ila Orangun