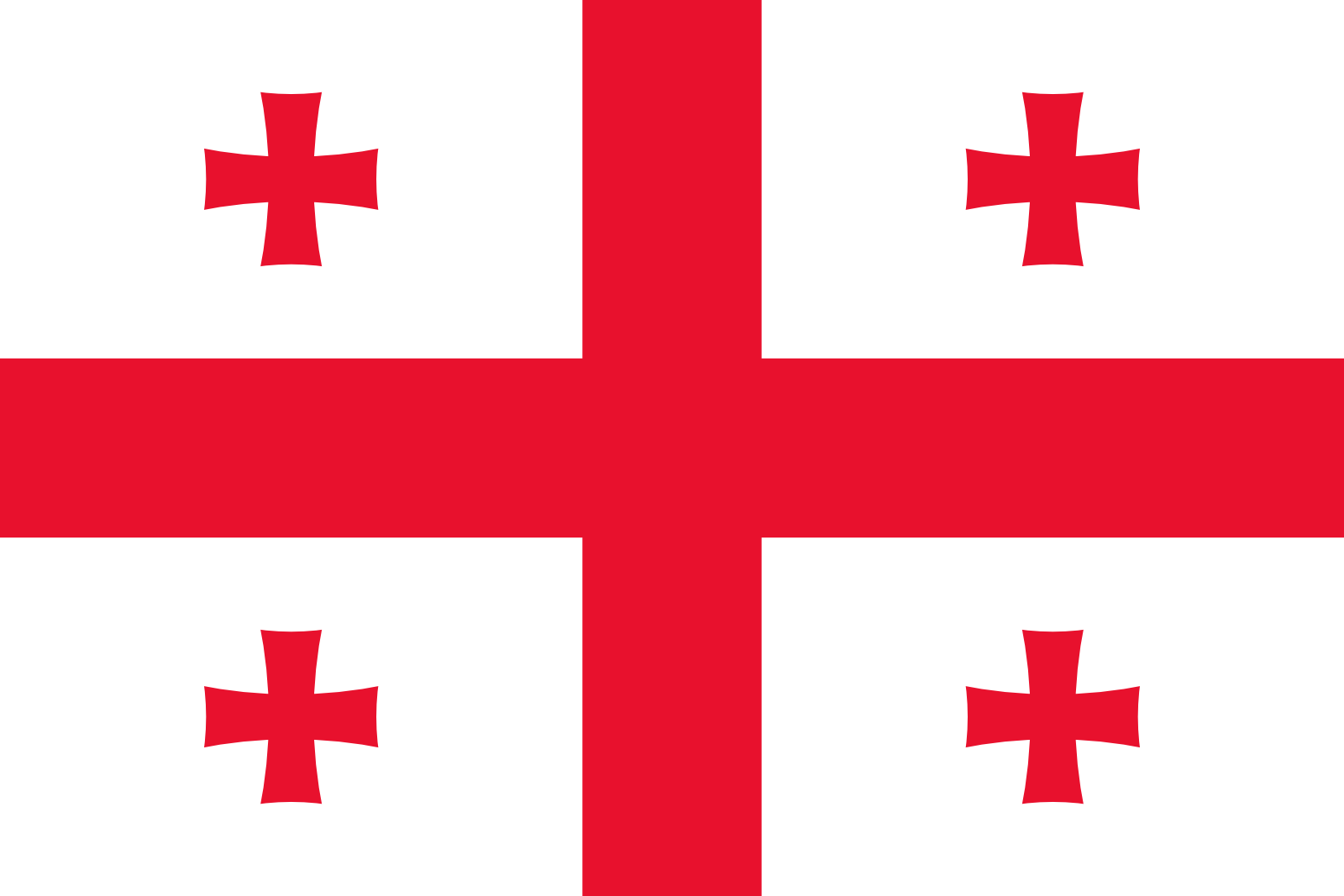 History
The current flag was used by the Georgian patriotic movement following the country’s independence from the Soviet Union in 1991. By the late 1990s, the design had become widely known as the Georgian historical national flag as vexillologists had pointed out the red-on-white Jerusalem cross shown as the flag of Tbilisi in a 14th-century map by Domenico and Francesco Pizzigano.

A majority of Georgians, including the influential Catholicos-Patriarch of the Georgian Orthodox Church, supported the restoration of the flag and in 1999 the Parliament of Georgia passed a bill to change the flag. However, it was not endorsed by the President, Eduard Shevardnadze. It was adopted in the early 2000s by the main opposition party, the United National Movement led by Mikheil Saakashvili, as a symbol of popular resistance to Shevardnadze’s rule.

The flag was adopted by Parliament on 14 January 2004. Saakashvili formally endorsed it via Presidential Decree No. 31 signed on 25 January, following his election as President. 14 January is annually marked as a Flag Day in Georgia.

The flag of Georgia also known as the Five Cross Flag , is one of the national symbols of Georgia. Originally a banner of the medieval Kingdom of Georgia, it was brought back to popular use in the late 20th and early 21st centuries during periods of the Georgian national revival. Prior to obtaining its official status in 2004, the flag was popularized by the United National Movement and served as one of the most recognizable symbols of the Rose Revolution.

Distance From Katsina To Funtua

History Of Nigeria And Biafra

Distance From Lagos To Port Harcourt