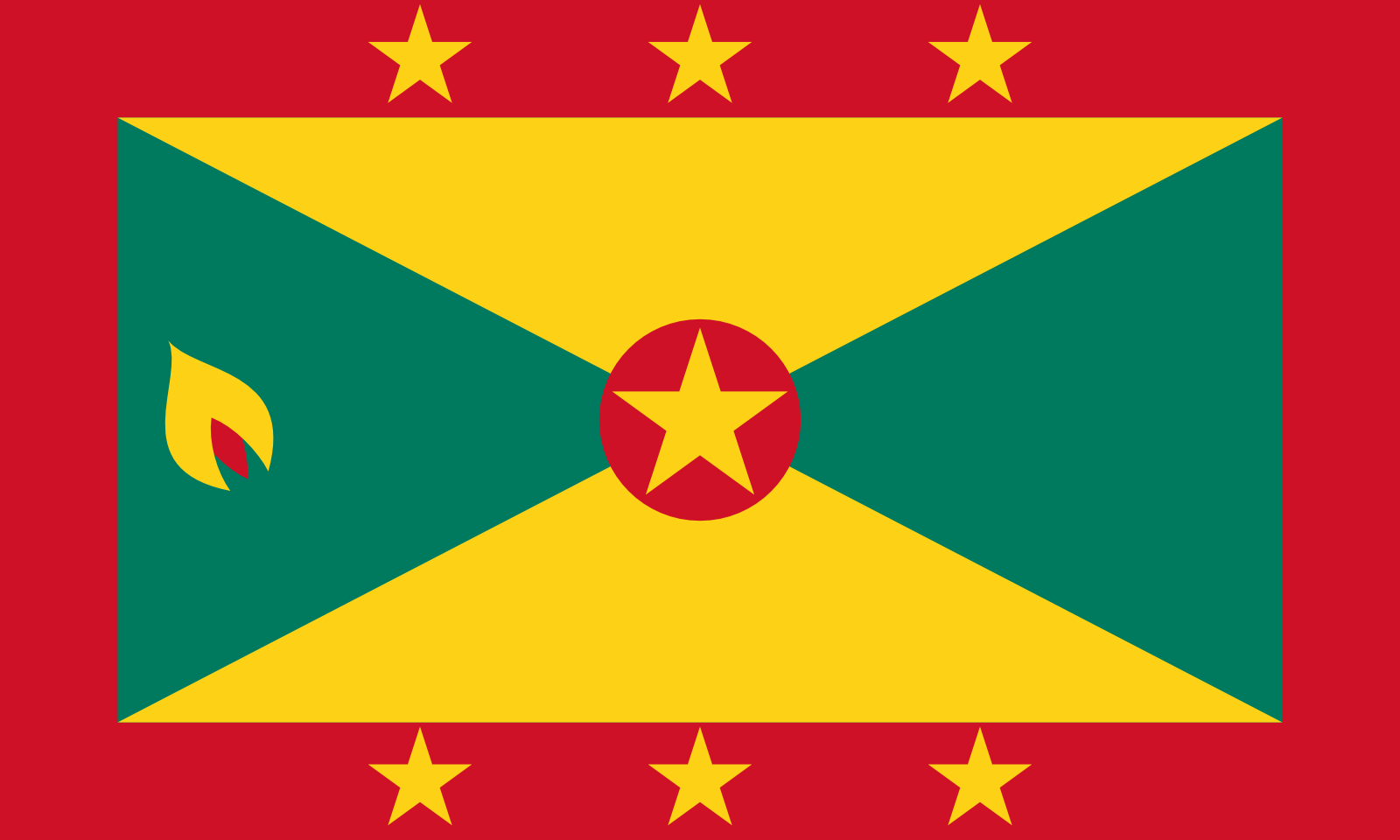 The national flag of Grenada was adopted upon independence from the United Kingdom, 7 February 1974. The flag was designed by Anthony C. George of Soubise in Saint Andrew Parish. The civil ensign is the same, except for a 1:2 rather than 3:5 ratio. The naval ensign is based on the British White Ensign, with this flag in the canton (and extending into the cross).

The six stars in the red border represent the country’s six parishes, with the middle star, encircled by a red disk, representing Carriacou and Petite Martinique. The symbol in the hoist represents a clove of nutmeg, one of the principal crops of Grenada. It also represents a link to Grenada’s former name, which was the “Isle of Spice”.[1] The red colour of the flag stands for courage and vitality, gold for wisdom and warmth, and green for vegetation and agriculture.

Distance From Lokoja To Iseyin

Distance From Omu-Aran To Ado Ekiti