The National flag of Jordan has three equal horizontal bands of black (top), white, and green with a red isosceles triangle on the hoist side bearing a small white seven-pointed star in the middle. 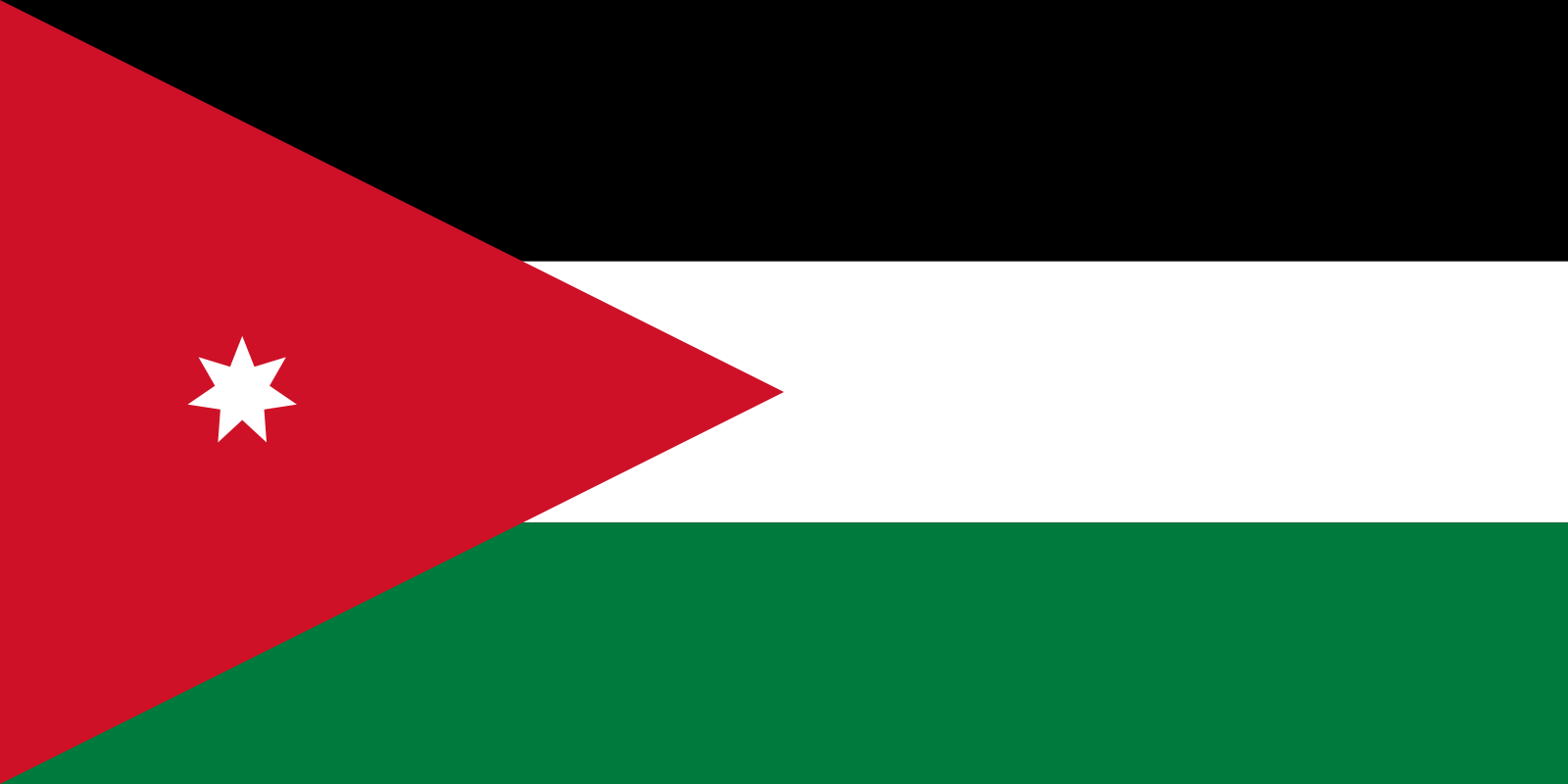 The flag of Jordan, officially adopted on 18 April 1928, is based on the flag of the Arab Revolt against the Ottoman Empire during World War I. The flag consists of horizontal black, white, and green bands that are connected by a red chevron. The colors stand are the Pan-Arab Colors, representing the Abbasid (black band), Umayyad (white band), and Fatimid (green band) caliphates. The red chevron is for the Hashemite dynasty, and the Arab Revolt.

System Of Government In Tonga

Distance From Aba To Badagry

List Of Towns And Villages In Isu L.G.A, Imo State