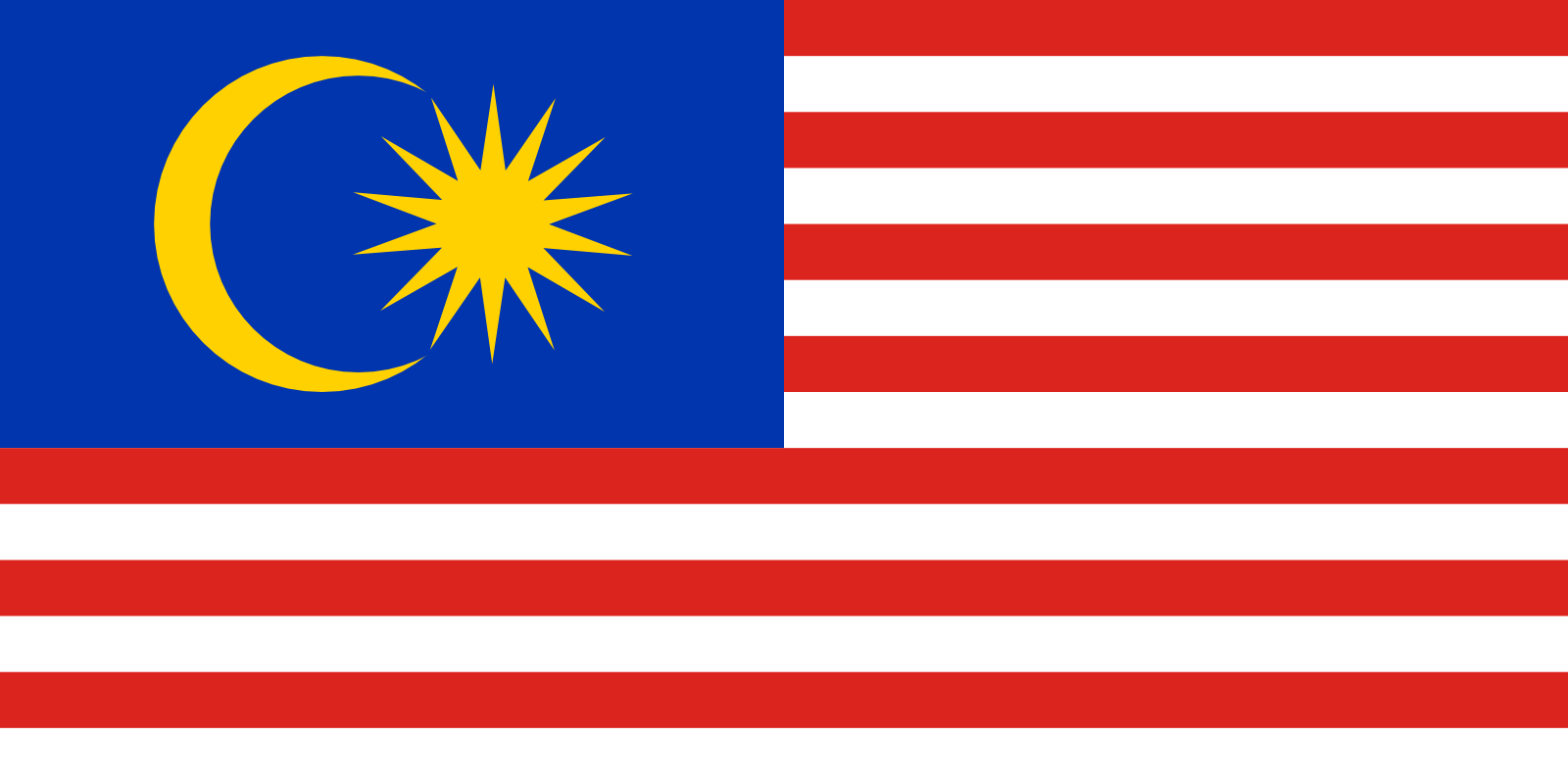 The flag of Malaysia, also known as the Stripes of Glory (Malay: Jalur Gemilang), is composed of a field of 14 alternating red and white stripes along the fly and a blue canton bearing a crescent and a 14-point star known as the Bintang Persekutuan (Federal Star). The 14 stripes, of equal width, represent the equal status in the federation of the 14 member states and the federal territories, while the 14 points of the star represent the unity between these entities.The crescent represents Islam, the country’s official religion; the blue canton symbolises the unity of the Malaysian people; the yellow of the star and crescent is the royal colour of the Malay rulers.

In blazon, the Malaysian flag is described as: “A banner Gules, seven bars Argent; the canton Azure charged with decrescent and mullet of fourteen points Or”. This means “a red flag with seven horizontal white stripes; the upper-left (hoist) quarter is blue with a yellow waning crescent (i.e. horns pointing to sinister) and a yellow 14-pointed star

Malaysia’s flag was adopted on September 16, 1963. It has 14 red and white stripes (red on the top, white on the bottom. In the canton position (the upper left rectangle of the flag), there is a yellow crescent moon and yellow 14-pointed star on a blue background. The overall design of this flag was based on the flag of the United States of America.

Distance From Umuahia To Lagos

How To Become Cfa In Nigeria