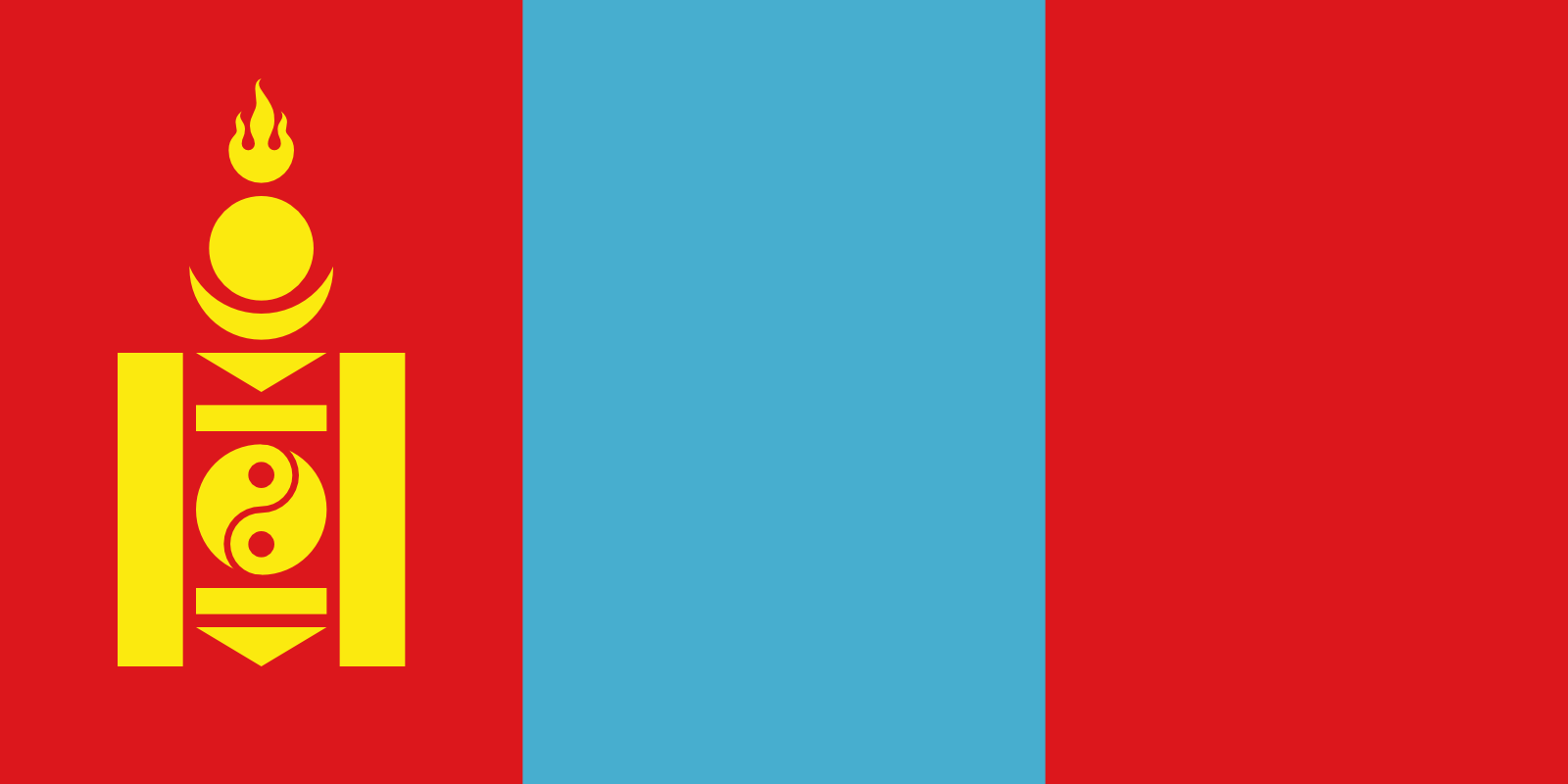 The flag of Mongolia consists of three equal bands, of alternating red, blue and red, with the Soyombo national symbol centering the first red band in yellow. The central blue band is described as the eternal blue sky, while the side red bands represent the ability of Mongolia to thrive in its harsh environment. The Soyombo is a columnar arrangement of abstract and geometric representations of fire, sun, moon, earth, water, and the taijitu or yin-yang symbol. The current flag was adopted on February 12, 1992, after the transition of Mongolia to a liberal democracy. It is similar to the flag of 1940, except for the removal of the socialist star on top of the Soyombo,three equal, vertical bands of red (hoist side), blue, and red; centered on the hoist-side red band in yellow is the national emblem (“soyombo” – a columnar arrangement of abstract and geometric representation for fire, sun, moon, earth, water, and the yin-yang symbol); blue represents the sky, red symbolizes progress and prosperity.

The blue symbolizes the colour of the land of the blue sky. It has Buddhist associations with the sky, purity and healing. Blue prayer flags are commongoly left on buddhist ovoos throughout Mongolia. Visitors may be given a blue flag by a local, a special gesture meaning their prayers are with you.

The red symbolizes freedom and advancement. No doubt the communists were content to leave it on the Mongolia flag from 1920s to 1990s due to its associations with Socialism.

Distance From Ibadan To Efon-Alaaye