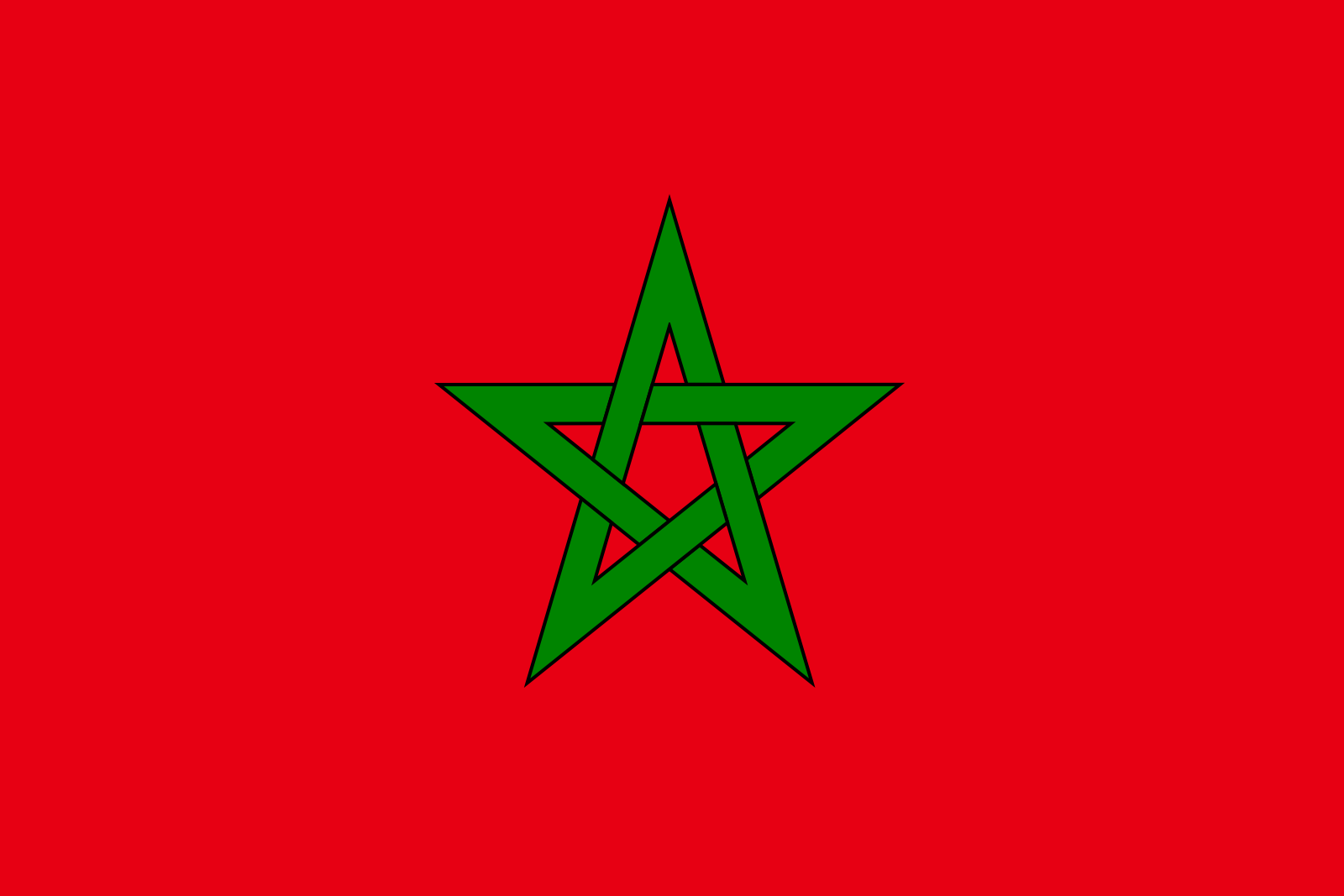 The flag of Morocco text has italic markup (help)) is made of a red field with a black-bordered green pentagram,red has considerable historic significance in Morocco, proclaiming the descent from royal Alaouite dynasty. This ruling house was associated with the Islamic prophet Muhammad via Fatimah, the wife of Ali, the fourth Muslim Caliph. Red is also the colour that was used by the sharifs of Mecca and the imams of Yemen. From the 17th century on, when Morocco was ruled by the Alaouite dynasty, the flags of the country were plain red. In 1915, during the reign of Mulay Yusef, the green interlaced pentangle was added to the national flag. While Morocco was under French and Spanish control, the red flag with the seal in the centre remained in use, but only inland. Its use at sea was prohibited. When independence was restored in 1955, it once again became the national flag.
The red background on the Moroccan flag represents hardiness, bravery, strength and valour, while the green represents love, joy, wisdom, peace and hope, it also represents the color of Islam and the pentagram the 5 pillars of Islam.

Red and green are traditional colours in Arab flags, although the use of red is more commonly associated with the Arab states of the Persian gulf