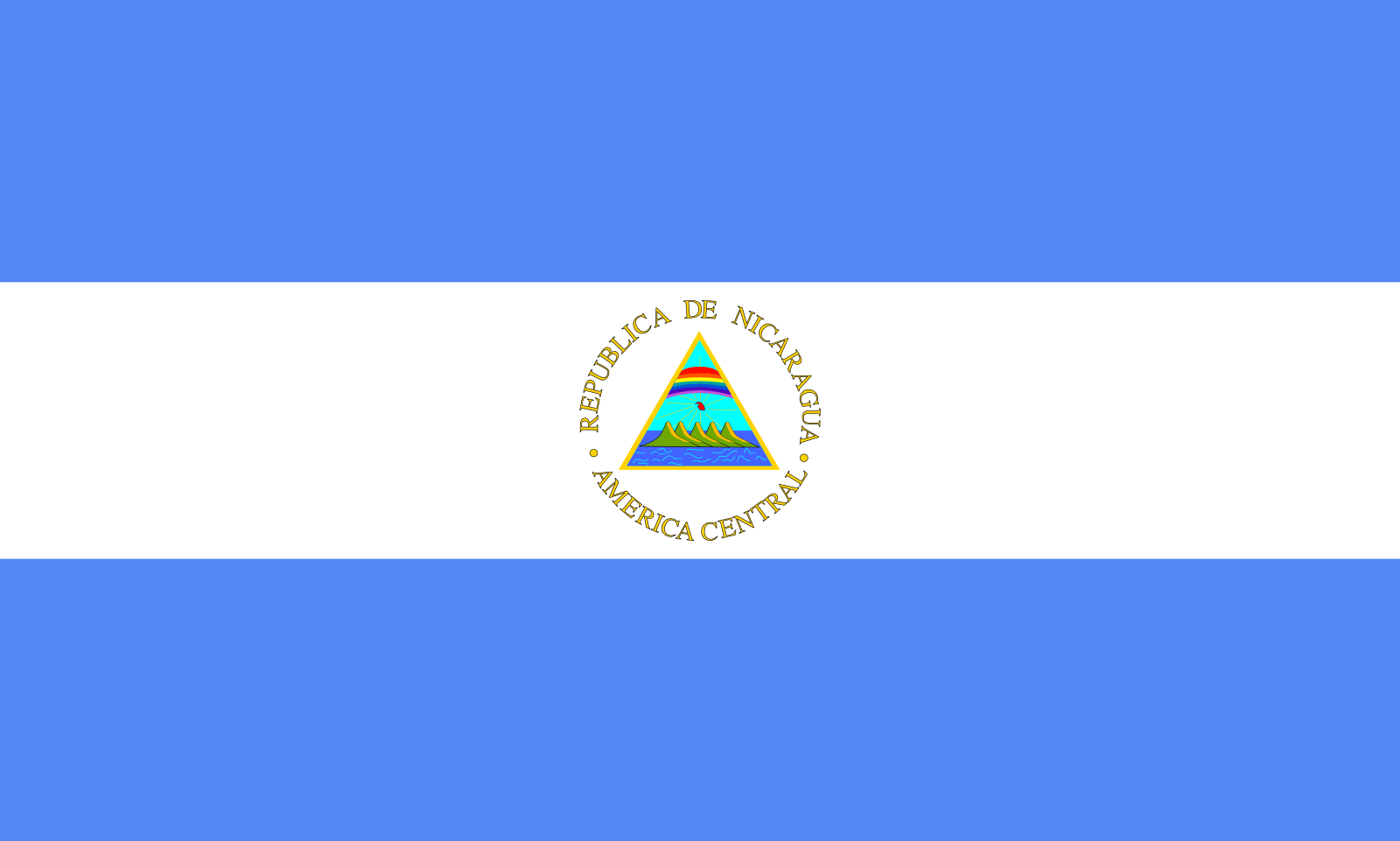 The national flag of Nicaragua has three equal horizontal bands of blue (top), white, and blue with the national coat of arms centered in the white band. The coat of arms features a triangle encircled by the words REPUBLICA DE NICARAGUA on the top and AMERICA CENTRAL on the bottom.

Two blue stripes symbolize the Pacific Ocean and the Caribbean Sea
White stripe represents the land between the two bodies of water (the Pacific Ocean and the Caribbean Sea) and the peace and prosperity of its people
Equilateral triangle represents equality
Five volcanoes between two oceans represent the original 5 member states (present-day states of Guatemala, El Salvador, Honduras, Nicaragua, and Costa Rica) of The Federal Republic of Central America (United Provinces of Central America) that existed from 1821 to 1841
Cap of Liberty represents national freedom
Sun rays and the rainbow symbolize the bright future for Nicaragua

Nigerian Navy Base In Niger state