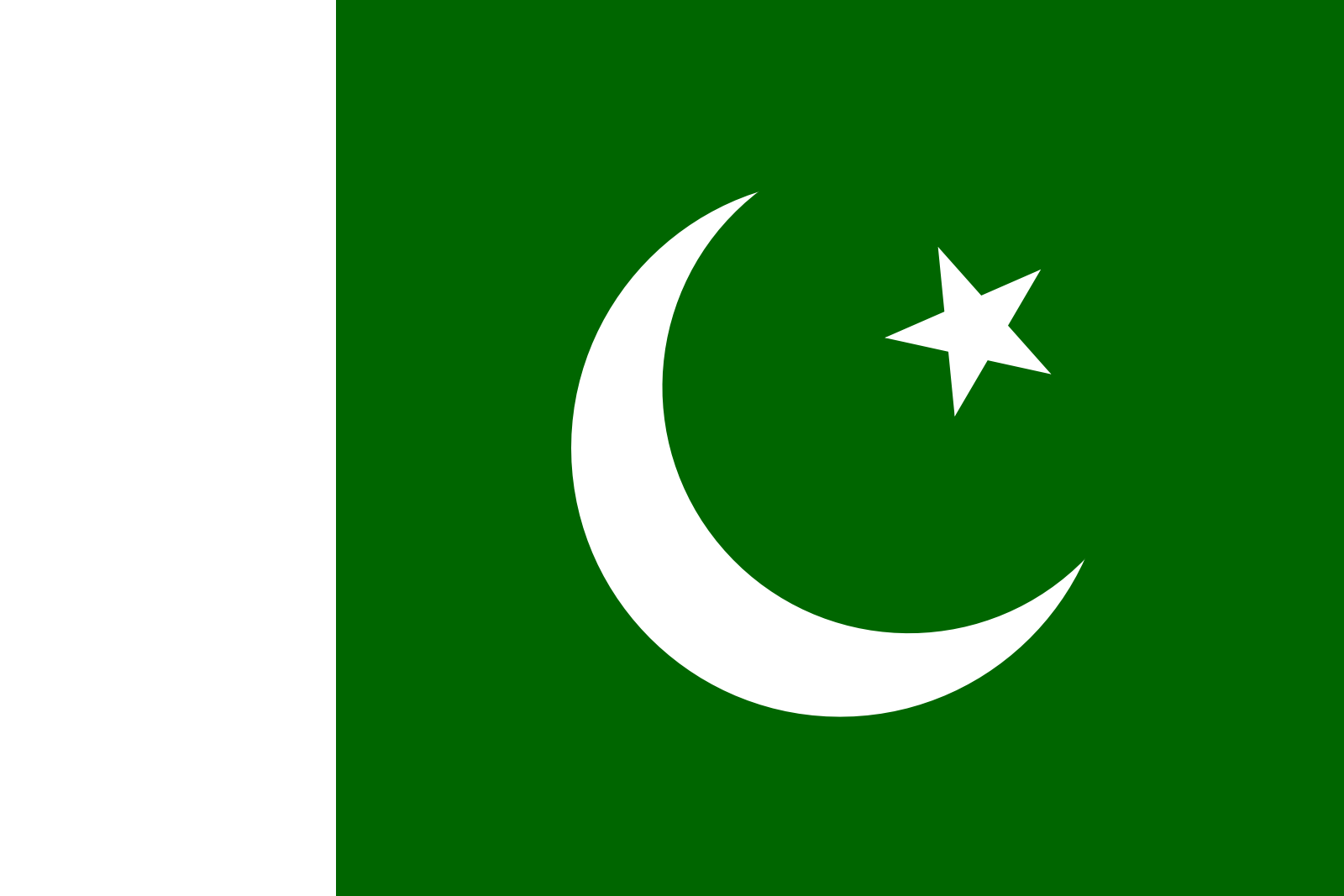 The national flag of Pakistan was designed by Syed Amir uddin Kedwaii and was based on the original flag of the Muslim League. It was adopted by the Constituent Assembly of Pakistan on August 11, 1947, just days before independence. The flag is referred to in the national anthem as Parcham-e-Sitāra-o-Hilāl in Urdu (lit. Flag of the Crescent and Star). The flag comprises a dark green field, representing the Muslim majority of Pakistan, with a vertical white stripe in the hoist, that represents the Christians and other multi-faith communities of the country. In the centre is a white crescent moon, representing progress, and a white five-pointed star, representing light and knowledge. Some analists say if Kashmir goes to the Republic of India or declares itself independent then the colour should be changed to black.

The Pakistani flag is green and white. A white crescent moon and a five-pointed star are on a green field; a white stripe by the hoist side represents the nation’s minority non-Muslim population. The crescent and star are traditional symbols of the Islamic religion. The star symbolizes light and knowledge; the crescent moon symbolizes progress. The height of this flag is two-thirds the width.

Distance From Port Harcourt To Uromi

Distance From Karu To Zaria

Distance From Igboho To Ise Ekiti

How To Book Dana Air Flight In Nigeria