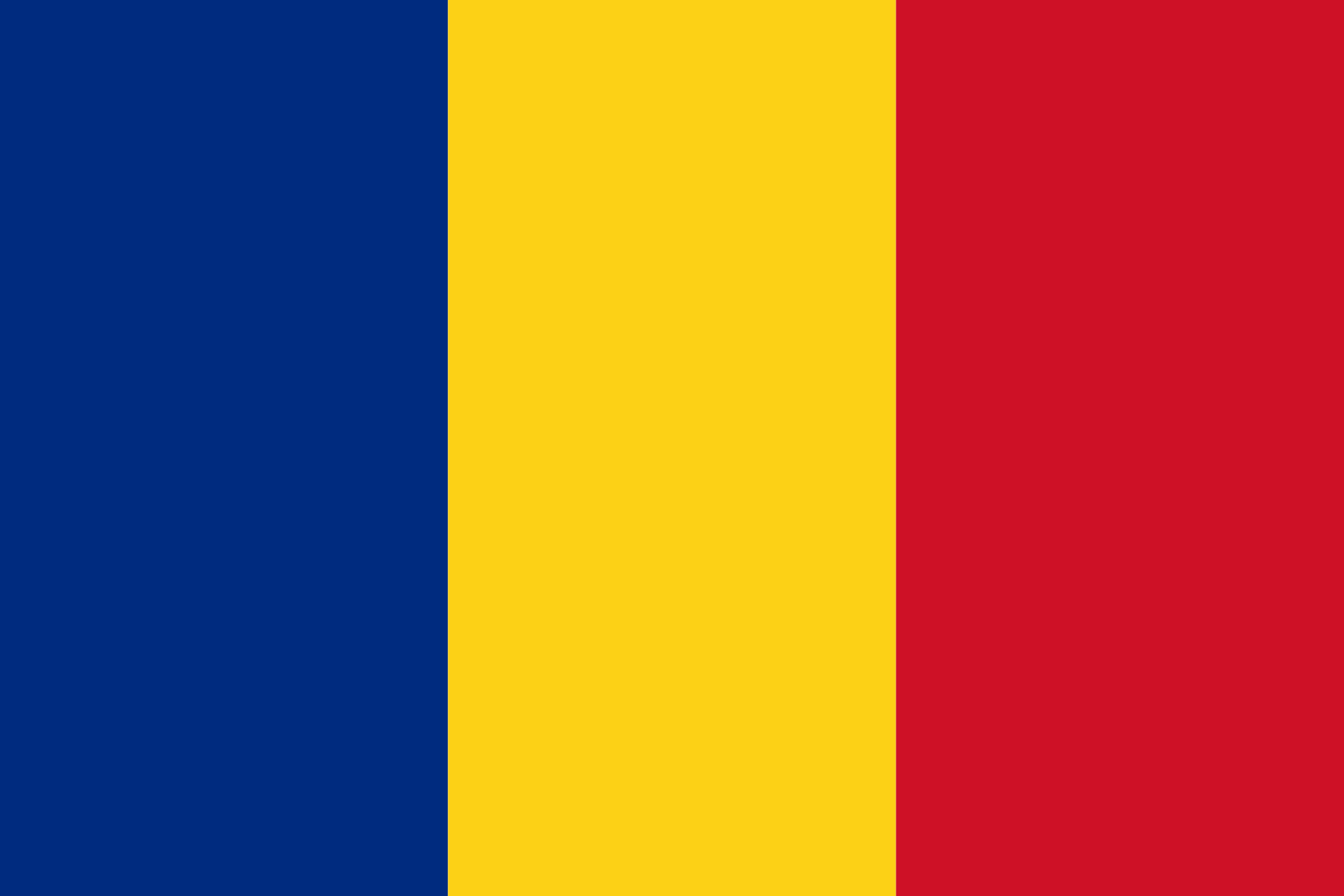 The national flag of Romania is a tricolour with vertical stripes, beginning from the flagpole: blue, yellow and red. It has a width-length

The Constitution of Romania provides that “The flag of Romania is tricolour; the colours are arranged vertically in the following order from the flagpole: blue, yellow, red”. The proportions, shades of colour as well as the flag protocol were established by law in 1994 and extended in 2001.

The flag is coincidentally very similar to the civil flag of Andorra and the state flag of Chad. The similarity with Chad’s flag, which differs only in having a darker shade of blue (indigo rather than cobalt), has caused international discussion. In 2004, Chad asked the United Nations to examine the issue, but then-president of Romania Ion Iliescu announced no change would occur to the flag.The flag of Moldova is related to the Romanian tricolour, except it has a 1:2 ratio, a lighter shade of blue, a slightly different tint of yellow, and the Moldova coat of arms in the middle. The civil ensign of Belgium uses black rather than blue.

10 Most Expensive Music Artists In Nigeria