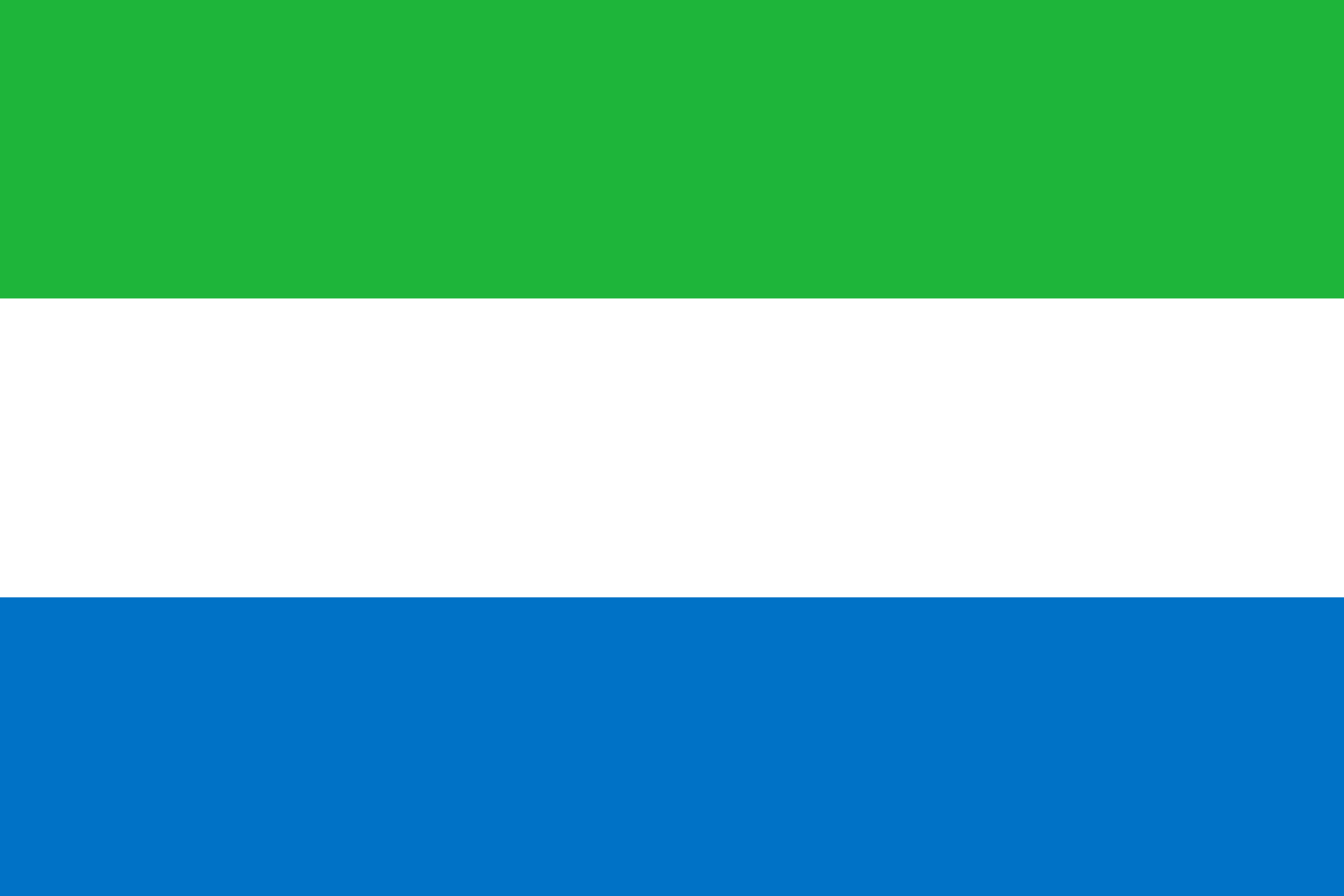 Sierra Leone lies in West Africa and runs on democratic form of government, the motto is “Unity, Freedom, and Justice.” The country lies on the edge of theWest African continent, the population is diverse, and the economy is 179th in the World. It came into being on 27 April 1961 as a result of Independence movement from the United Kingdom. The country was declared a republic 10 years after its independence on 19 April 1971. Liberia and Guinea are its neighboring countries. The country has four provinces and 14 districts. The national flag of Sierra Leonecomprise of horizontal tricolor and has green, white, and blue color from top to bottom in order. The flag was adopted soon after its independence in 1961 turning down the colonial flag assigned to the country before independence.

The green color in the national flag represents the natural resources agriculture and farmers of the nation and their contribution towards the economy as well as the mountains. The white flag depicts unity and social justice of the system, finally the blue color at the bottom shows the natural harbor of the capital of Sierra Leone i.e. Freetown, it is sometimes depicted as a symbol of hope and World Peace and Country’s contribution in maintaining the peace in the West African region.

The people of Sierra Leone were enslaved and ruled by the British for around two centuries, they used the colonial flag i.e. Blue Ensign with the arms of territory as a sign of colonial rule. The present day flag was formulated a year before independence in 1960 by the College of Arms of Sierra Leone. The arm was designed followed by the three colors of the flag. The flag was finally hoisted at midnight of 27 April 1961.