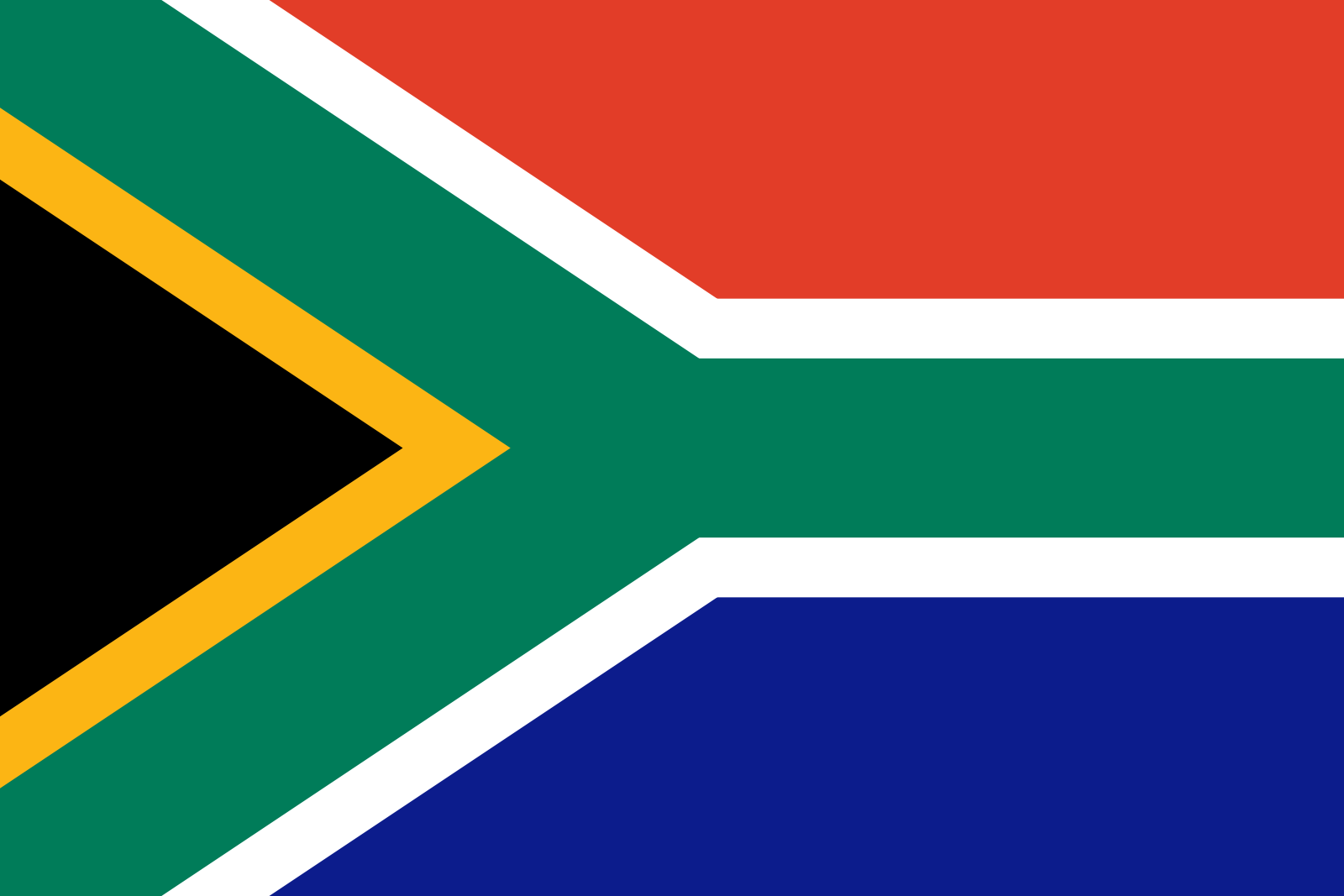 The national flag South Africa is formed by two horizontal bands of equal width in red (top) and blue separated by a central green band that divides in form of horizontal “Y”. The arms of this AND end in the corners of the left side. The “Y” surrounds a black isosceles triangle, of which the Y is separated by narrow yellow bands. The red and blue areas are separated from the green band and their arms by two narrow white bands. The South African national flag is one of two flags of six colors in the world, along with that of the new state of South Sudan.

In the current national flag of South Africa the red, white and blue come from the first flag, while the green, black and gold first appeared in South African national flags during the nineteenth century. The six colors appeared on recent South African flags. The unique central design of the flag, which begins as a “V” on the pole side and joins in the center of the flag to continue to the outer edge as a “Y”, could be interpreted as the convergence of the various Elements of South African society, who are united on the road to the future. This idea of ​​convergence and unity coincides with the motto of the shield “Ex Unitate Vires”

Red, white and blue may reflect the flags of the British and Dutch, who ruled South Africa during the colonial period. The European settlers of Flemish descent Dutch, English, French, German and Scandinavian are known as Boers or Afrikaners, and are a distinct ethnic group of South Africans of British heritage. These colors a prominent place in the countries of South Africa National Flag 1928 – 1994 , including Union Jack British and red, white and blue stripes of the two (vertical) Dutch (horizontal) and French flags, and are widely Considered as a reflection of the white population.

None of the names set to define the meaning of each color. Rather, the colors are a summary of the history of the South African flag. While they may connote different meanings for different groups of people, the government’s official position is that universal symbolism is not tied to any of the colors.

Distance From Agbor To Funtua

Starting A Company Registration In Nigeria

Important Points You Should Know About Nigerian Military Uniforms