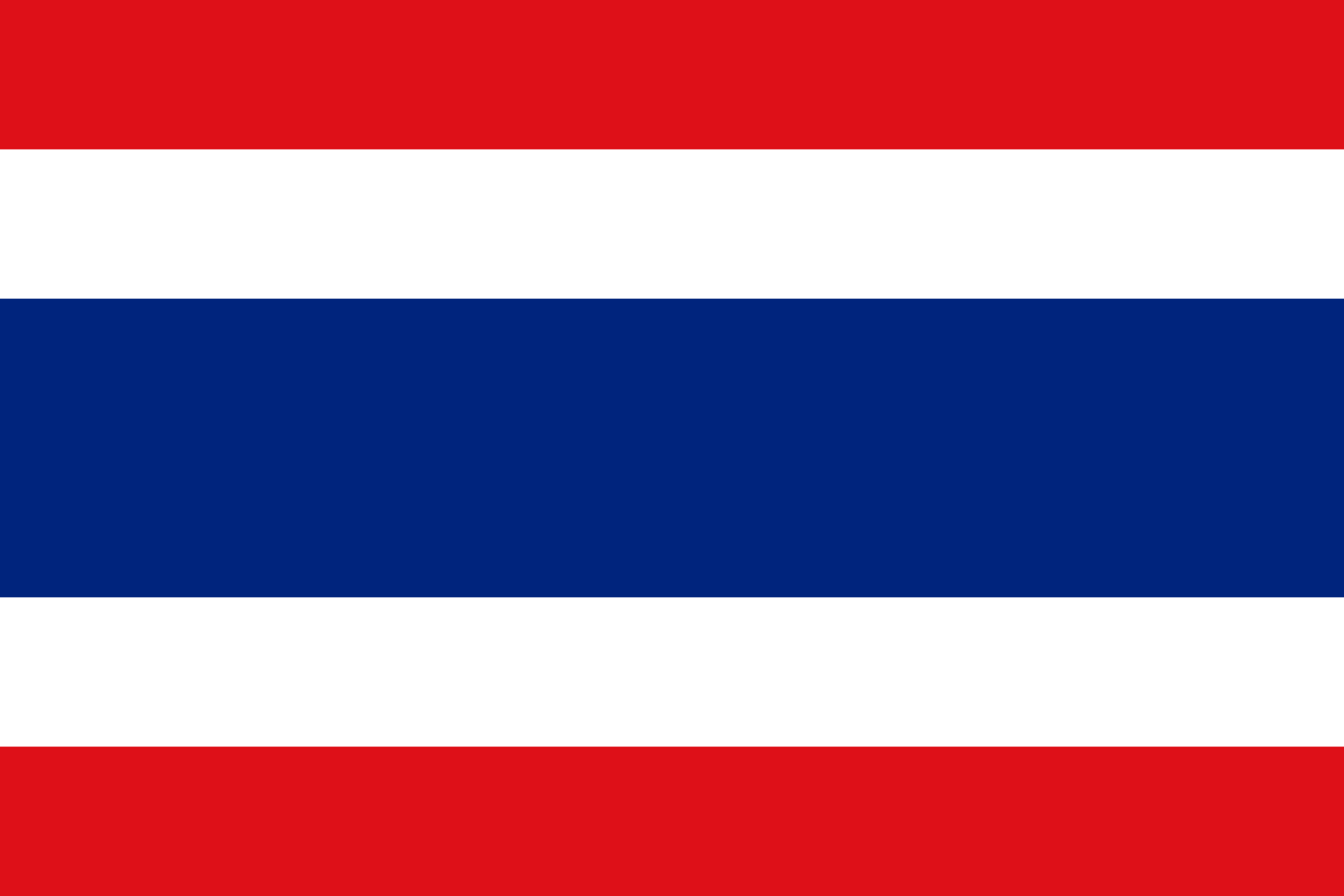 The national flag of the Kingdom of Thailand is known as Trairange that means “Tricolor”. It is designed a horizontal tricolor consisting of blue, white, and red colors. The red and white colors appear twice in the flag with red color at the top and bottom of the flag while the white color in the outer middle section after the red at the top and before the red from bottom side. the blue color appears at the center and has the same area and proportion as the other two colors although they occur twice in the flag. The color sequence is red, white, blue, white, red.

The blue color in the national flag of Thailand shows the solidarity and condolence to the martyrs of Thailand Allies of World War 1. The color combination of the flag show nation-religion-king in sequence starting from red as nation, white as religion, and blue color as a symbol of King. Also, the red color represents land and people of Thailand, white for religion and sometimes the white elephants of Thailand, and blue for the monarchic rule in Thailand.

Distance From Okene To Agbor

Distance From Potiskum To Sapele

Distance From Badagry To Abuja

Distance From Nsukka To Kukawa