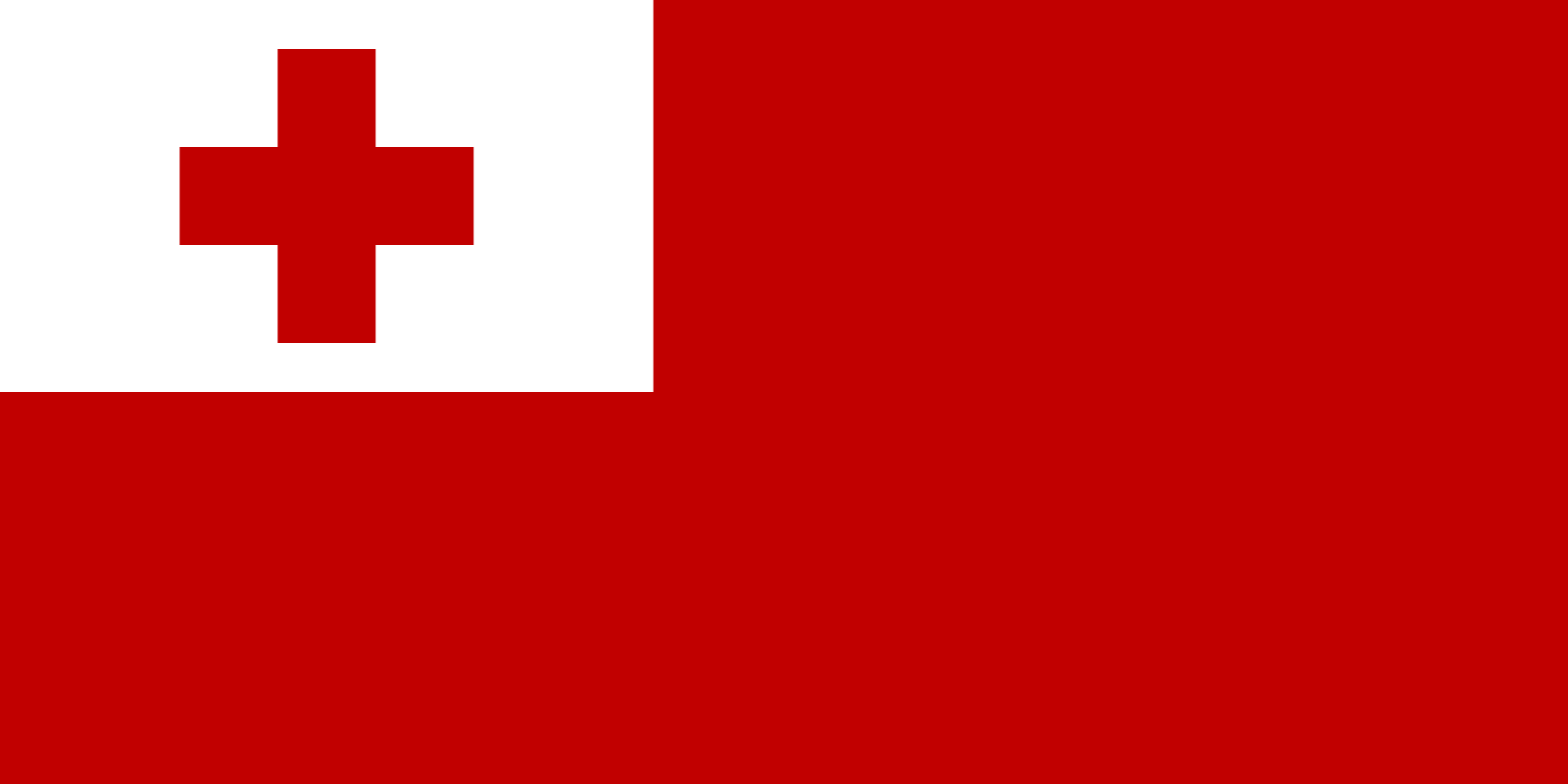 The flag of Tonga consists of a red field with a white canton charged with a red couped cross. Adopted in 1875 after being officially enshrined into the nation’s constitution, it has been the flag of the Kingdom of Tonga since that year. The constitution stipulates that the national flag can never be changed.

It can be used not only the official institutions, but also civilians in the field, as well as private and public ships and merchant marine vessels. The Armed Forces and the Navy of Tonga have their own flags. The main field of the national flag of Tonga painted in a bright red color. At the top left of the national flag of Tonga there is white box with a red cross. Tonga Flags are present and on the coat of arms of the country. Heraldic coat of arms shield is divided into several zones, each of which represents an important and significant moments of life and political structure of the country. The lower left quadrant contains the image of a dove with an olive branch – a symbol of peace and hope for the best. The upper left panel contains the image of the three stars, which represent the main group of islands in the archipelago. The monarch’s crown – a symbol of royal power, and three crossed swords remind us of the greatness of the three royal dynasties of Tonga. In the center of the shield is a white box in the form of a six-pointed star, which caused the Red Cross as the flag of Tonga. On each side of the screen arranged national flags of the Kingdom of Tonga flows, and is crowned by the coat of arms of the monarch crown in a crown of olive branches. On the white ribbon at the base of the emblem is inscribed inscription “God and Tonga – my heritage.” Coat of arms motifs present in the royal standard of Tonga, Was raised during the protocol procedures associated with the current monarch performances or visits. In 1985 the flag of the Tonga Navy was established country, which is a white flag with a red cross of St. George from the dividing flag into four unequal parts. In the upper left the red flag is inscribed, the repetition of the same in the national flag.

Distance From Okpoko To Bauchi

Distance From Ogbomosho To Kumariya

Distance From Karu To Owo